We're supporting Robin Esrock and his young family as they visit every state and both territories on an ambitious mission to find, share, and tick off The Great Australian Bucket List. 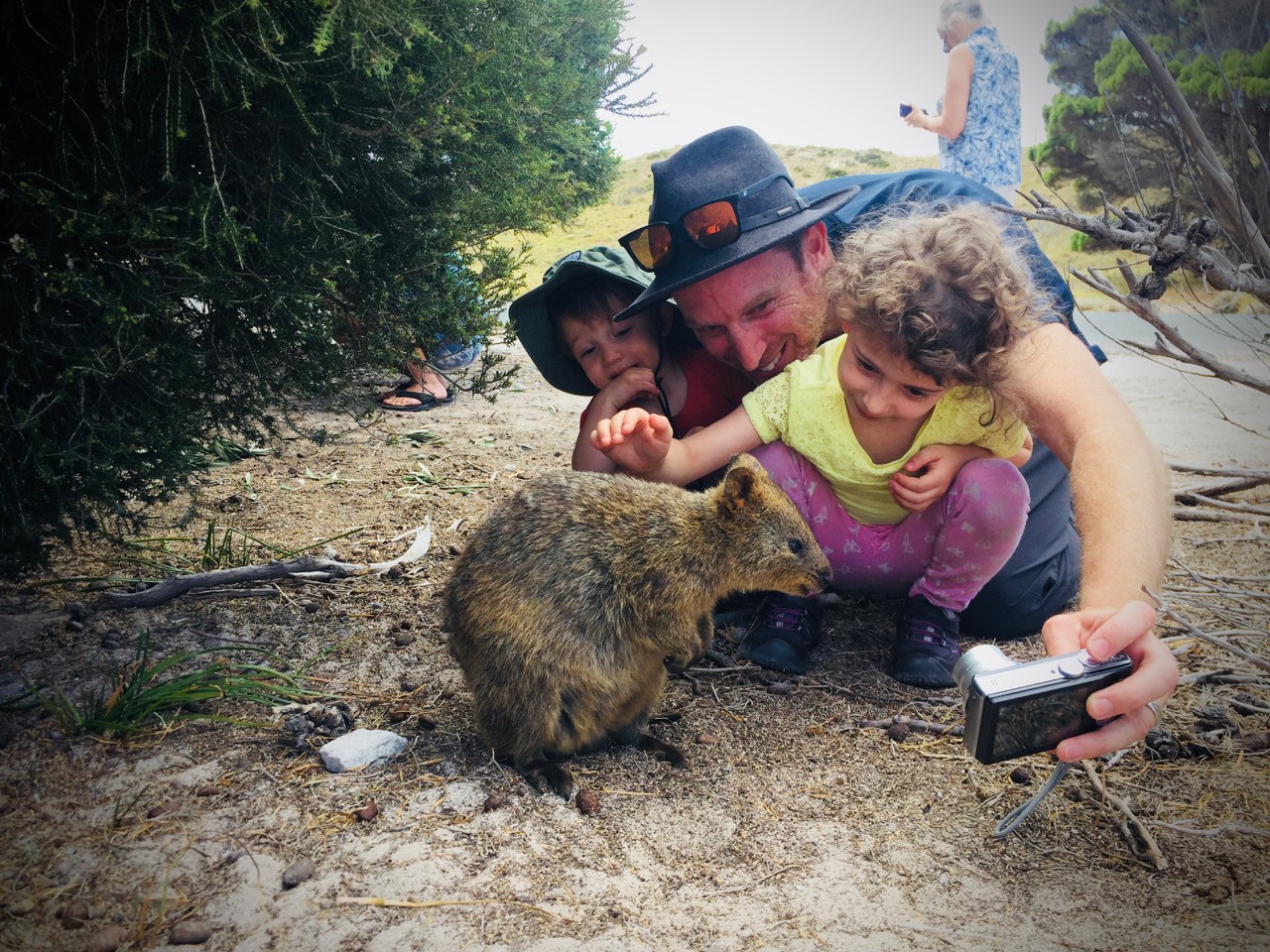 It was just another day when an unlicensed driver missed a stop sign and drove through an intersection. Just another day on my way to the office too, except I happened to be at that exact intersection. I hobbled away with a broken kneecap, a small insurance settlement, and the sudden realisation that life is too short, and my bucket list is too long. Thus began a decade-long journey to over 100 countries on 7 continents in search of magical and unique experiences. Along the way, I created and co-hosted a 40-part TV series seen on National Geographic, wrote articles for major publications, delivered a popular TEDx talk about the meaning of travel, and authored a couple bestsellers about my experiences. Sometimes, life is just an accident waiting to happen.

Based in Canada, it was just another day when I received an email from a publisher in Melbourne asking me if I could travel across Australia and compile the nation's bucket list. “Sorry mate, I’ve got two young kids, and I can’t leave them for that long,” I replied. “Well, what if you bring the kids and write about that experience too?” came the response. This is the very definition of effective arm-twisting. With the help of great companies like Jetstar, my young family is visiting every state and both territories on an ambitious mission to find, share and tick off The Great Australian Bucket List. Welcome to our journey!

Just six weeks in, we can’t believe what we’ve uncovered so far. Spanning adventure, history, nature and culture, Australia truly turns up the heat in summer. We began in Melbourne, where a local historian took me on street art tour that provided a visually stunning introduction to the city’s vibrant laneways. No city will ever look the same again. In Bendigo, I squeezed into a tiny old lift for the deepest gold mine tour in the country, and later rinsed off the dust in the healing waters of the Mornington Peninsula. Touring the MCG and watching the Boxing Day Test just had to be ticked off the bucket list, and while my four-year-old enjoyed her first introduction to cricket, I was glad to leave her behind for a creepy late night ghost tour of the Old Melbourne Gaol. Driving the Great Ocean Road, I flew over the 12 Apostles in an open-cockpit bi-plane, continuing onto Mount Gambier to admire the impossibly Smurf-coloured Blue Lake, and scuba dive in the region’s crystal-clear freshwater sinkholes. A week later I’m snorkelling the shipwrecked reefs of WA’s Abrolhos Islands, and thinking about my kids playing with quokkas on Rottnest Island. You’ll learn more about these and many other inspiring adventures in the coming months.

We tend to pay more attention to distant wonders than to those in our backyard. We tell ourselves that “we’ve always wanted to do that” but never do. You shouldn't need a car accident to remind yourself that time is precious, and opportunities rare. This Australia Day, I invite you craft your own Australian bucket list, and let it inspire you to experience the magic of the country you live in. Having met many Australians from all walks of life already, I think we can all agree: there’s truly no place like home.

Follow Robin Esrock and his family on their journey at esrockingkids.com or on Instagram at @esrockingkids. The Great Australian Bucket List will be published by Affirm Press later this year.

Comments (0)
Thank you for your message. It will be posted after approval.