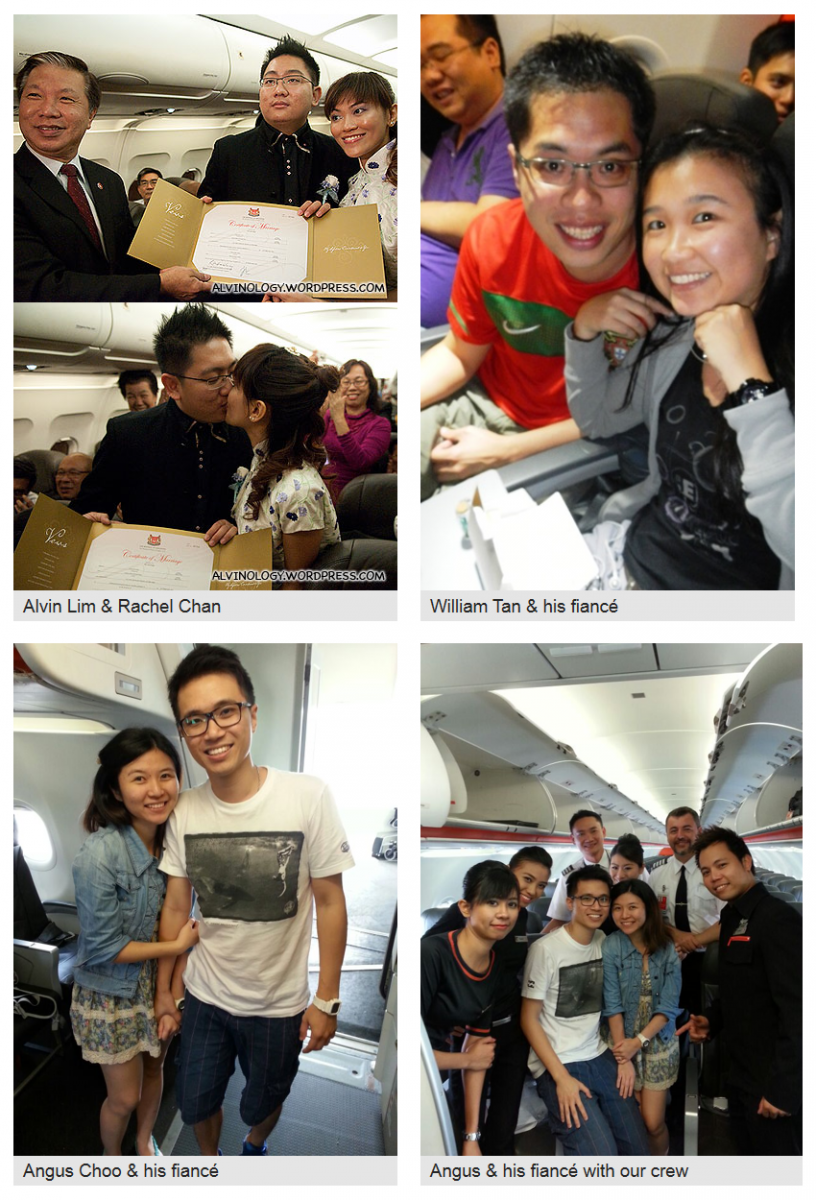 Today is a double blessing of love as the Chinese Valentine’s Day - which is the 15th and last day of the Lunar New Year - also falls on 14 February this year.

The Chinese Valentine’s Day (also known as the Yuanxiao festival) is a time for families to gather for a good meal and have Tangyuan (sweet glutinous rice balls) as a symbol of togetherness.

Whether you’re celebrating Valentine’s Day or Yuanxiao festival, we hope you are spending quality time with your loved ones today.

Through the years Jetstar has been honoured to be part of your expressions of love to each other.

To mark Valentine’s Day we took the opportunity to catch up with a very special couple who got married on board Jetstar Asia’s flight four years ago to find out what they’ve been up to since.

Singapore Book of Records - First Wedding on Board an Airplane

Alvin Lim and Rachel Chan exchanged their wedding vows on board Jetstar Asia’s inaugural flight from Singapore to Shantou on 2 February 2010. Happily married for four years now, the couple has a boy named Asher Lim who will turn three years old in August.

“Have we been married for that long already? Being solemnised on board an airplane in Changi Airport has been quite an experience and remains a very unique and memorable milestone in our lives. Even till today, whenever we have to produce our marriage certificate to others, the venue of the wedding solemnisation which is stated in the certificate, never fails to surprise them and our friends and relatives are still talking about it as if it happened only yesterday!” - Alvin & Rachel, on how they felt about the wedding solemnisation

“The stars were definitely aligned! My mum is a Teochew and so were my bosses, one of whom was our wedding solemniser, and they are members of the Teochew Poit Ip Huay Kuan which chartered Jetstar’s inaugural flight to Shantou, home to many of the Teochew descendants in Singapore. When the idea was first mooted, they thought the wedding would bring an auspicious start to the Singapore - Shantou service too and one thing led to another and we got married on board the plane! We were shocked by the huge media turnout and coverage too, so well done to the Jetstar PR team!” - Alvin & Rachel, on why they wanted to get married on board Jetstar’s flight

“Whether it’s Valentine’s Day or Yuanxiao festival, we don’t really celebrate as every day is a special day for us. But we did go for a good family dinner at a Korean restaurant on our fourth wedding anniversary on 2 February this year together with our boy.” - Alvin & Rachel, on how they will be spending Valentine’s Day

Read more about the wedding solemnisation on Alvin’s blog and also watch the video.

Going on Bended Knees on board Jetstar’s Flights

We’ve also seen many proposals on board our flights in the past too.

Angus Choo, one of our customers on board Jetstar’s flight from Singapore to Phuket on 12 November 2013, wanted to propose to his then-girlfriend and got in touch with us to see if our cabin crew would be able to help him out with the surprise - of course we did! And we went an extra mile and played a beautiful song entitled “Marry Me” for them through the PA system as Angus walked towards his dream girl with a diamond ring.

“Thank you very much for the help! It was wonderful and the cabin crew were great! Much appreciated Jetstar crew and your warm arrangement!” - Angus Choo after he successfully proposed to his wife-to-be Ms Lim

It is said that diamonds are a girl’s best friend but not to William Tan’s girlfriend at the time. They were on board Jetstar’s flight from Taipei to Singapore on 17 July 2013 and William wanted to propose to her with a necklace. William said that “she doesn’t want a ring for the proposal…lol.” Our cabin crew got hold of the necklace and presented it to William’s girlfriend while he went down on bended knee to ask her the magical question - to which she replied “Yes” :)

Comments (0)
Thank you for your message. It will be posted after approval.